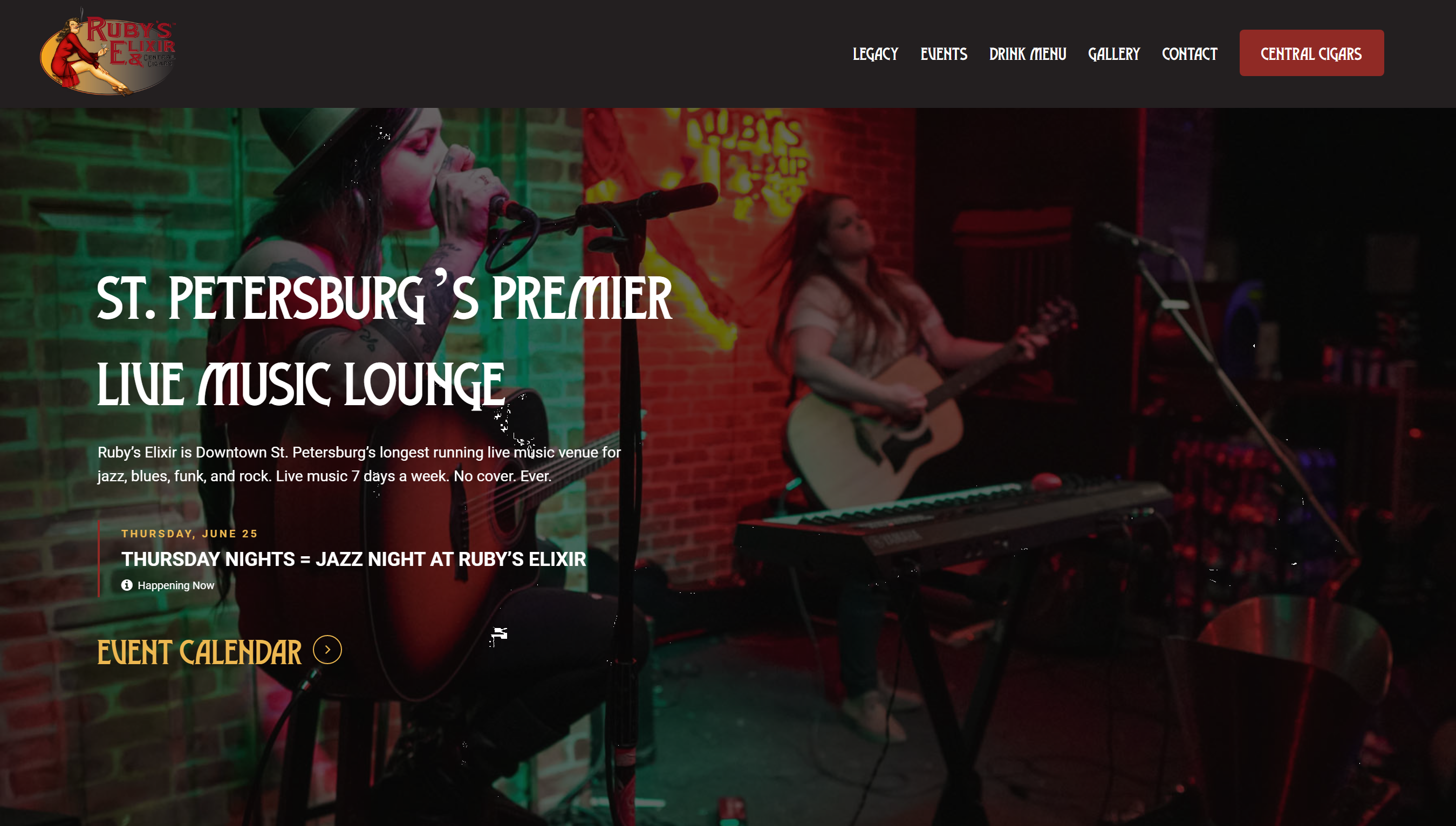 “This project was inspirational for me”, says Lisa Williams, President of Evolve & Co. “What started as a little cigar shop in the 90’s has morphed over the years into one of the most iconic music venues in Tampa Bay. The venue is like the heartbeat of downtown St. Pete, pumping St. Petersburg’s best jazz and blues. They touch so many lives through music, dancing, and camaraderie. It’s an honor to tell their story.”

In the late 90s, Greg Haddad, a fifth-generation St. Petersburg native, opened Central Cigars on a very vacant Central Avenue. We started as a cigar store where patrons could enjoy cigars from St. Petersburg’s largest selection of premium cigars and accessories instead of having to make the trek to Tampa. In the early 2000s, a small coffee lounge area was added adjacent to the cigar retail area for patrons to enjoy a cigar and relax. In the mid-2000s, we added a beer and wine bar which evolved into a full-liquor bar in front with the back storage area turning into “The Havana Room”, a large lounge area with overstuffed leather couches and chairs. In 2011, we finally became our latest iteration, “Central Cigars and Ruby’s Elixir”, amidst growing demand for live music. Central Cigars still boasts the largest selection of cigars and accessories in the St. Petersburg area and Ruby’s Elixir is the only smoking-friendly live music lounge with a full-liquor bar, hosting all of your favorite local acts as well as top-tier national and touring acts seven nights a week. Come enjoy downtown St. Petersburg’s favorite little gem!