Social Media Trends: What You Should Know 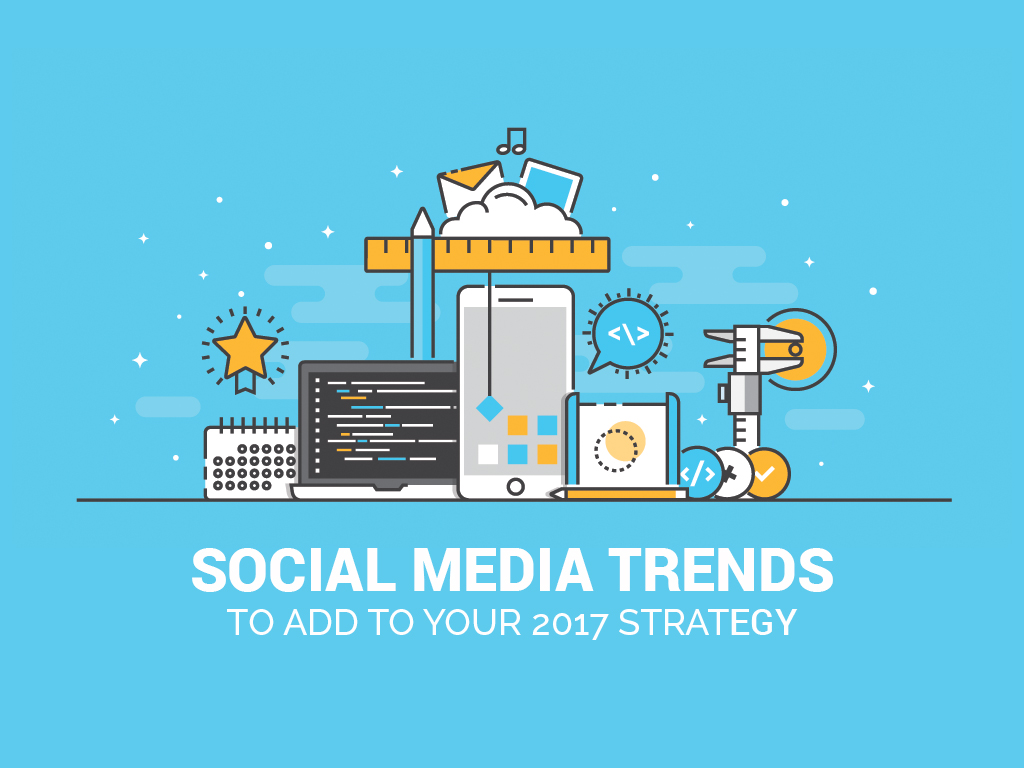 Social media trends fluctuate on a daily basis in order to stay up to date with the people in society. Businesses benefit from them immensely and it adds fun to possible viewers all over the globe.

From Facebook live-streams to social messaging applications, there are many distinct popular social media trends that have dominated 2017. At Evolve & Co, we brand and network using many different trends to help influence the market and develop business growth and exposure.

Here are some of the top social media trends today:

According to Forbes Magazine, one of the top trends in social media networking is social messaging applications such as Facebook Messaging, Twitter and Instagram, and it is the most beneficial to organizations and businesses.

Forbes states “Businesses are already taking advantage of the huge audience base on social messaging platforms.” You will notice how more and more brands will expand to marketing by using social messaging networks because of the value it brings to companies and to people in general.

Fake News and How to Handle It

There has been a lot of speculation about the credibility of the media and some confusion swarming numerous networks on what is fact and what is fiction. Whether it is about politics or celebrity gossip, people don’t seem to trust everything they read like they used to. As a matter of fact, it is safe to say that social media hasn’t helped this issue during the past year.

In 2016, it has been discovered that there were many articles written providing false stories about both presidential candidates during the 2016 election. Most of them coming from small news outlets but were shared repeatedly throughout Facebook.

In 2017, Facebook and other networking sites have been trying to take action and work on improving this issue by eliminating news sites that publish false narratives.

Lately, networks such as Facebook and Instagram have implemented live-stream video options to provide current content to viewers. An example of a popular website that originally started this trend was YouTube back in 2005. Ten years later, social media took it one step further and created a way for people to see things in real time.

According to Forbes, “Social videos have much more engagement than any other content format, and have been responsible for a lot of growth on Facebook.”

Live-streams have changed the world of mass media and news because it gives people the chance to not only read about what is going on around them, but to see it with their own eyes.

Have you ever used an app on your phone called Snapchat? Most millennials have either used this app or have knowledge as to what it is. Snapchat is the best example of Augmented Reality content on social media. Augmented reality is a live direct or indirect view of a physical environment in which the elements are “augmented”.

In 2015, Snapchat started experimenting with fun filters and voice enhancing technology in order for users to have more fun. And it has come a long way in the year 2017. The creator of Facebook, Mark Zuckerburg has even stated that he has been experimenting with augmented reality for Facebook users.

Augmented reality makes it fun for people and businesses to connect with their audience by sharing “experiences rather than information.”

Chatbots have been extremely useful for brands to get in touch with their clients in an easy and timely manner. It helps businesses improve their customer service and communicate to people. If you work with any type of company, realtor, or business you may have seen these before on your devices.

According to Forbes, chatbots have the intelligence and ability to help people consume content, answer questions and complete transactions. About more than a third of people prefer social media over a phone call.

Social media trends such as chatbots will increase in popularity because the generation of millennials prefer self service and like to resolve their customer service issues using technology.

Here at Evolve, we are on top of the trends. As social media develops, so does our strategy.