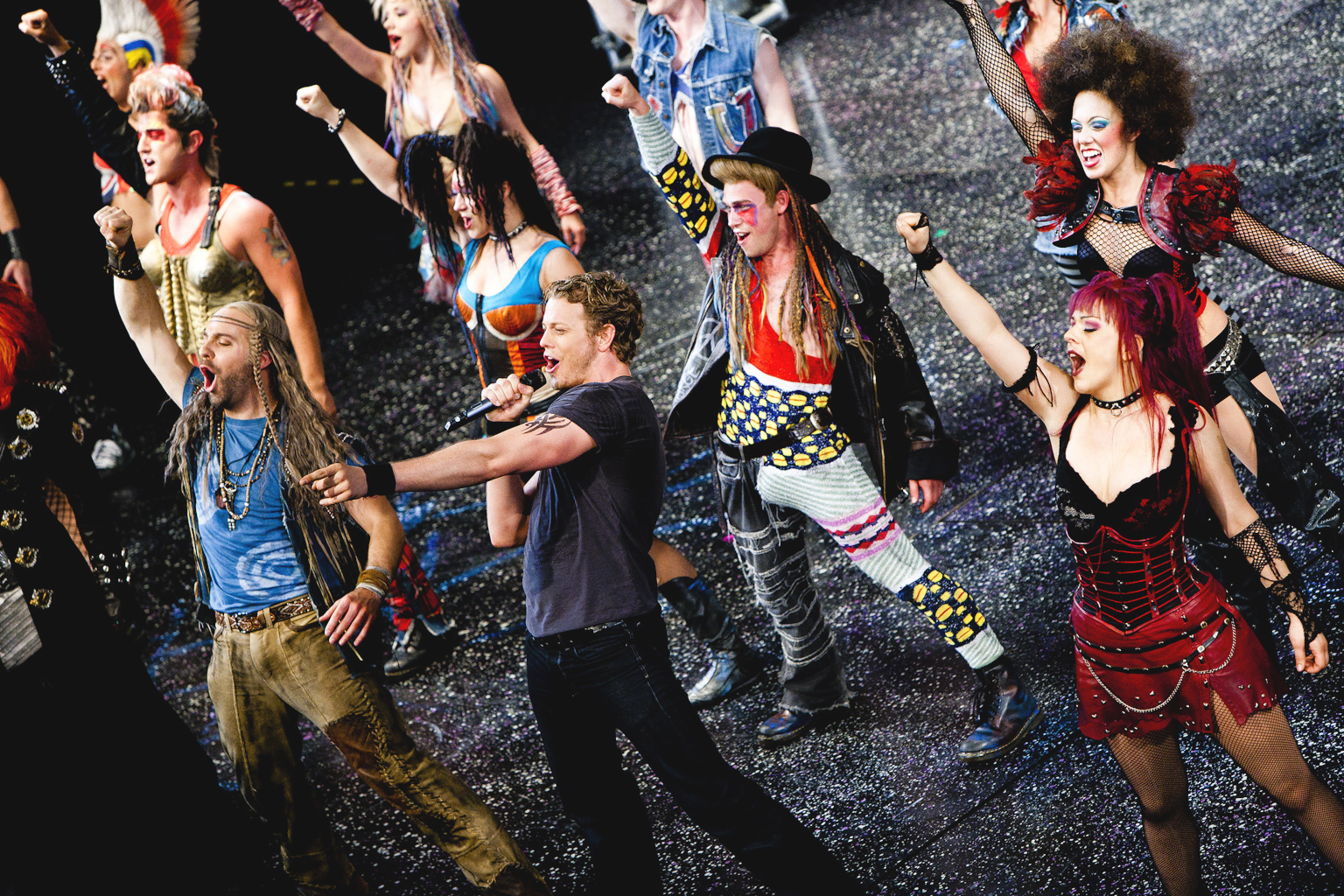 St. Petersburg, FLA (October 18, 2019) – Experience an adventure of a lifetime with ‘WE WILL ROCK YOU’ as they embark on their North American tour in remembrance of one of the greatest bands of all time, ‘Queen’. Follow two revolutionaries, Scaramouche and Galileo, as they fight to save rock ‘n roll in a post-apocalyptic world without any musical instruments and experience the essence of Queen reincarnated by these fabulous performers.

WE WILL ROCK YOU- With the recent Oscar®-winning film, “Bohemian Rhapsody,” the music of Queen is more popular than ever. In 2002, many of those hits were compiled into a rock musical experience, WE WILL ROCK YOU, which will be hitting the road once again for a North American tour starting September 3 in Winnipeg, Canada.

While WE WILL ROCK YOU is a quirky, eccentric and heartfelt story of outsiders, it’s also a creative cautionary tale for the cyberage. It reflects the scale and spectacle that marked Queen’s live performances and earned the band its pinnacle position in rock history. The audience can expect WE WILL ROCK YOU to rock as fiercely as the best of Queen’s concerts.

“Annerin is proud to be able to produce WE WILL ROCK YOU, and we are obviously lucky with our timing,” says Jeff Parry, President Annerin Theatricals. “This is a show I have wanted to produce since I first saw it in London. My vision was to be able to produce it in such a way that it plays in soft-seaters as well as cut-down arenas. I thought that Queen’s musical was for everyone and not just the typical Broadway crowd, therefore we’re producing it in a way that can accommodate most buildings and audiences that want to experience the music of Queen in a uniquely theatrical manner.”

Since 2002, over 16 million theatregoers in 19 countries have been thrilled by this awe-inspiring production which is based on the songs of Queen with a book by Ben Elton (“The Young Ones,” “Blackadder, “Popcorn”). The original West End production featured music supervision from Brian May and Roger Taylor, and Elton fashioned this futuristic story around more than 24 of Queen’s biggest hit songs including: “We Are the Champions,” “Radio Ga Ga,” “I Want To Break Free,” “Somebody To Love,” “Killer Queen,” “Don’t Stop Me Now,” “Under Pressure,” “Bohemian Rhapsody,” “Another One Bites The Dust” and, of course, “We Will Rock You.”

With the Oscar®-winning film, “Bohemian Rhapsody,” the music of Queen is more popular than ever. WE WILL ROCK YOU follows two revolutionaries, Galileo and Scaramouche, on a quest to save rock n’ roll in a post-apocalyptic world where there are no musical instruments and rock n’ roll has died. They join a small group of societal outcasts, the Bohemians, as they fight to take back the iPlanet from the all-powerful Globalsoft, led by the Killer Queen. They fight for freedom, individuality and the rebirth of rock ‘n roll.

The Duke Energy Center for the Arts – Mahaffey Theater under the management of Big3 Entertainment, is one of Tampa Bay’s top-rated performing arts venues. Home to the Florida Orchestra, the world class Mahaffey Theater hosts top-quality national and international artists and performances – pop, rock, comedy, theater, dance, classical and interactive engagements and exhibitions. Located in the heart of downtown St. Petersburg, the 2,031-seat cultural jewel boasts spectacular waterfront views and is located only minutes away from white sandy beaches and world-renowned museums. Additionally, the theater supports the highly successful Class Acts program, which enables school children to experience the performing arts through in-theater performances as well as in-school outreach and extension programs.