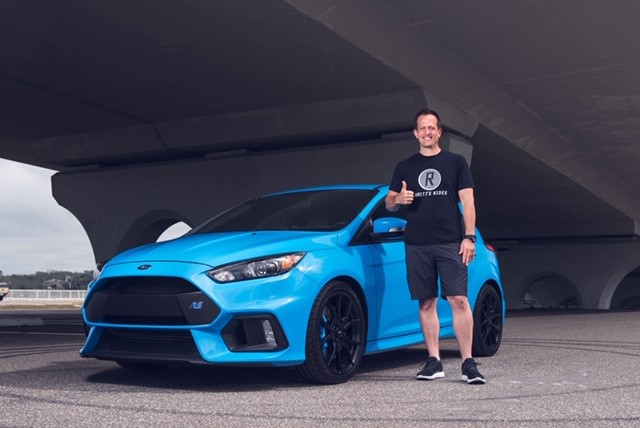 Tampa Bay, FLA (September 16, 2019) – Tampa Bay local, Joe Raiti, is no average. The former racecar driver turned high school teacher has entered the realm of internet fame. Joe Raiti is the proud owner of Raiti’s Rides YouTube channel which highlights all things cars – from engines to sports editions to car reviews. He currently has over 120,000 subscribers and upwards of 32 million views on the video-sharing platform, and he did it in 18 months.

Joe Raiti’s passion for cars began at an early age, watching and attending races with his father. He also helped out and earned extra cash at his old man’s mechanic shop. There, Raiti would watch as cars of all shapes and sizes flowed in and out and listen to the sounds of the engines. In his senior year of college, he decided to sell all of his belongings, including his beloved 1985 Corvette, and enroll in a racing school in Las Vegas, NV. Raiti quickly jumped from class to class with certifications in Formula V, Formula Ford, and Formula Mazda, just two levels shy of Indy Car. A few of the races he participated in occurred at places like Daytona International Speedway, WeatherTech Raceway Laguna Seca, Sebring International Raceway, Watkins Glen International, Road America, Michelin Raceway Road Atlanta, Roebling Road Raceway, and Mosport International Raceway.

With the tech bubble burst in 2000, many of Raiti’s sponsors decided to invest elsewhere and he was forced to hang up his helmet. Raiti used his college degree to land himself a career in education teaching at a local high school in Pasco County, where he taught for over 17 years. As a Social Studies teacher, he would combine his knowledge of car history with occurrences in U.S. history during lessons – teaching his students that out of events like the World Wars many car companies came to be due to increased necessity for transportation. Raiti also started a Car Club at the high school and gave students [and the next-gen of auto enthusiasts] the opportunity to learn all about cars, whether it be a car’s history or simply how to change a tire or engine oil.

What started out as a creative outlet, later turned to a highly-viewed broadcast now known as Raiti’s Rides. Joe Raiti uses his platform as a way to continue the conversation, and his appreciation for internal combustion engines. He is considered an expert in many different cars such as Corvettes, Mustangs, Subarus, Hondas, Porsches and more. For full videos, visit http://bit.ly/2UbxjSq.

Where did you find the inspiration to follow your passion?

Joe Raiti: Part of it comes from knowing how hard it was at the end of my teaching career and seeing this door open where I can take the topic that I truly love and turn it into a career. Ever since I was a little kid I loved cars; I collected Matchbox and Hot Wheels cars. When I’d go to races, hearing the sounds of the engines moved me as nothing else has. To be able to share my enthusiasm with like-minded people full time inspires, truly.

What’s your favorite car of all time?

JR: It would be a tie between a 1990 Ferrari F40 and a 1996 McLaren F1. The Ferrari F40 was the last model that Enzo Ferrari, the father of Ferrari, had any input on the design and making of before his death. It was the first car in the world to do 200 mph and is the pure essence of a driving car – it’s a race car for the road.

The McLaren F1 is such an iconic car. It was the first three-seat sports car where the driver sat in the center. The McLaren F1 was also the world’s fastest car for a long time with a top speed of 247 mph – and this is a street-legal car!

What does it mean when you “zonk” something in your videos?

JR: In the car world, I believe there is no perfect car. Some are better than others, but no car has it all. So the way my viewers can identify the things I don’t agree with or that I think may be “misses” on a particular vehicle, I use the term “zonk”.