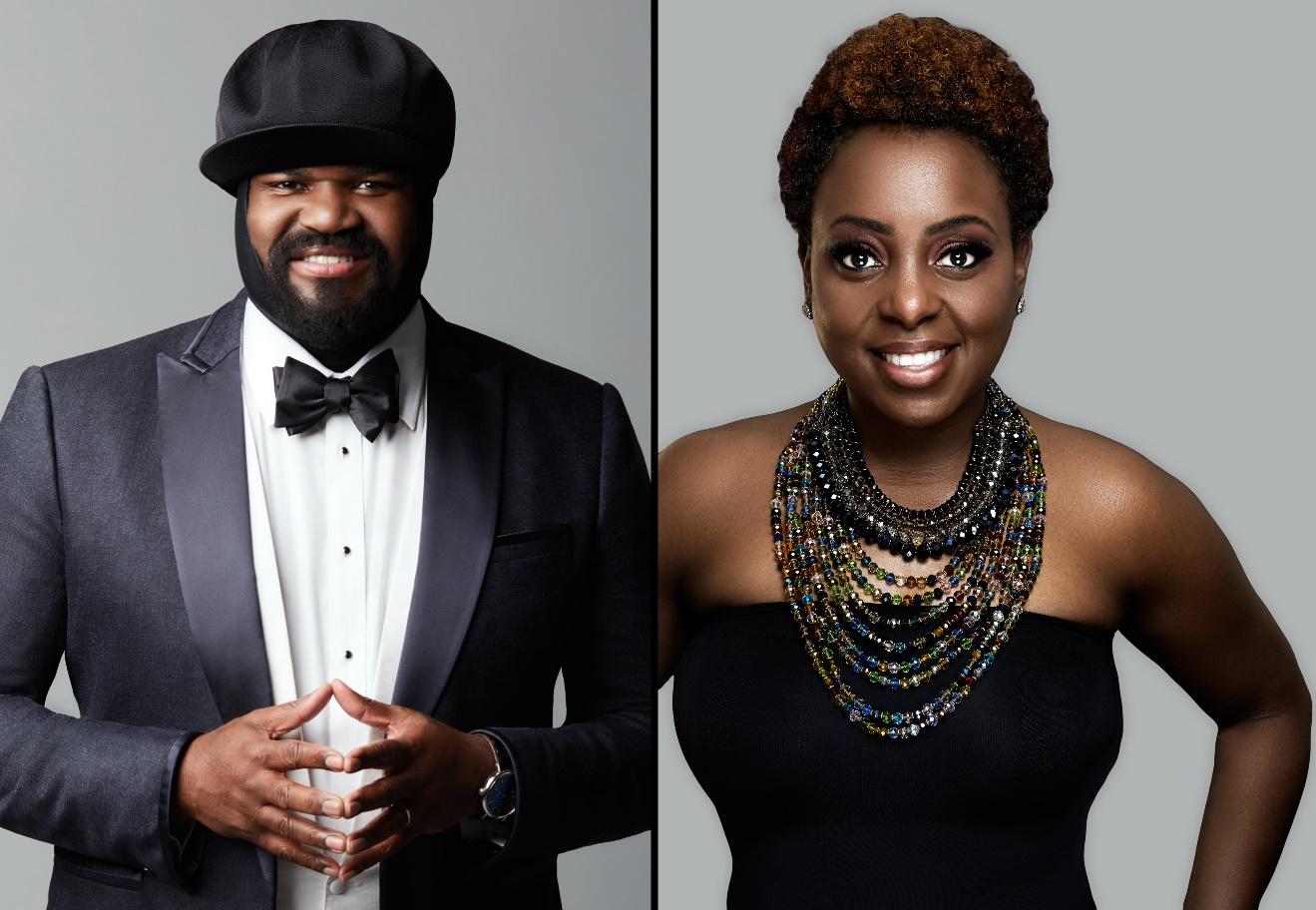 St. Petersburg, FLA (October 24, 2019) – Gregory Porter and Ledisi are hitting the road for their 10-city co-headline tour. Gregory Porter, two-time Grammy winning vocalist, and Ledisi, 12-time Grammy nominated vocalist, will be headlining at the Duke Energy Center for the Arts – Mahaffey Theater on February 21st at 7:00pm. Tickets go on sale Friday, October 25th. Tickets range from $39.50 – $100 and can be purchased online at www.TheMahaffey.com, by phone (727) 300-2000, or at the Box Office located at 400 1st St. South Downtown St. Pete. The Box Office is open 11am – 5pm Monday through Saturday.

Gregory Porter is a 2-time GRAMMY winning vocalist and songwriter from Bakersfield, California whose music is at once timeless yet utterly of its time. Porter’s mother was a minister, and he cites the Bakersfield Southern Gospel sound as well as his mother’s Nat King Cole record collection as fundamental influences on his own sound. Porter began singing in small jazz clubs while attending San Diego State University on a football scholarship. After touring in the Tony Award nominated musical It Ain’t Nothin’ But the Blues, Porter moved to New York City and released two GRAMMY nominated albums: Water (2010) and Be Good (2012). Porter’s breakout Blue Note debut Liquid Spirit was released in 2013 and became a global sensation, selling more than a million albums and winning the GRAMMY for Best Jazz Vocal Album, with NPR and Esquire declaring him “America’s Next Great Jazz Singer.” Porter has since released the GRAMMY-winning album Take Me to the Alley (2016), a GRAMMY-nominated tribute to his lifelong idol Nat King Cole & Me (2017) featuring an orchestra arranged and conducted by Vince Mendoza, and the concert film One Night Only: Live At The Royal Albert Hall (2018). He is the host of the new podcast The Hang.

Ledisi is a 12-time GRAMMY nominated vocalist who has wowed fans ever since she came onto the Bay area music scene. Over the past 20 years she has earned a place in the pantheon of the best soul singers of her generation. She has released nine studio albums, headlined national sold-out tours and performed alongside Richie Sambora, Dave Matthews, Kelly Clarkson, Jill Scott, Maxwell, and Herbie Hancock. Ledisi is a favorite of The Obamas and has performed at the White House nine times. In 2015, Ledisi landed a role in the Oscar-nominated movie Selma portraying Mahalia Jackson, and she had a notable performance in Gabourey Sidibe’s Shatterbox Anthology film, The Tale Of Four.  In 2017, Ledisi released her ninth studio album, Let Love Rule, which was nominated for three GRAMMY Awards and features John Legend, Kirk Franklin, and B.J. The Chicago Kid among others. Most recently she recorded a duet with the late Miles Davis on his newly released lost album Rubberband. Ledisi is not only a singer and actress, she’s an author, playwright, film producer, and now the CEO of her own record label Listen Back Entertainment from which she will launch several projects in the near future.

The Duke Energy Center for the Arts – Mahaffey Theater under the management of Big3 Entertainment, is one of Tampa Bay’s top-rated performing arts venues. Home to the Florida Orchestra, the world class Mahaffey Theater hosts top-quality national and international artists and performances – pop, rock, comedy, theater, dance, classical and interactive engagements and exhibitions. Located in the heart of downtown St. Petersburg, the 2,031-seat cultural jewel boasts spectacular waterfront views and is located only minutes away from white sandy beaches and world-renowned museums. Additionally, the theater supports the highly successful Class Acts program, which enables school children to experience the performing arts through in-theater performances as well as in-school outreach and extension programs.