Phase one of two consists of the completion of the elevated restaurant space, merchandise store, downstairs bar with grab ‘n go sandwiches and drinks, and enough seating for up to 300 guests. The second phase of Sea Dog Brewing in Treasure Island will be the Tiki Bar and is set to have amenities such as Adirondack chairs, fire pits, boat slips, water views, and more.

Charles Breakiron, General Manager, “I believe our waterfront bar and open-air dining, beer infused sauce recipes and signature cocktails, along with the gorgeous views of Sunset Beach right across the street makes us a destination spot for all locals and vacationers”.

The Treasure Island location will be equipped with locally branded merchandise and an NFL ticket for the upcoming season. With a full liquor license, the property will be serving Shipyard private label liquors, beer infused cocktails, and of course, local Sea Dog craft brews by Bobby Baker, head brewer at Sea Dog Brewing Co in Clearwater, FL. For extra spunk, the Treasure Island location will be offering beer infused signature cocktails on their menu like Blood Orange Ancho Margarita, Wild Bluepaw Cooler, and Sunfish Sun-Gria.

About Executive Chef Mark Boyd
Executive Chef Mark Boyd is a Tampa native. Early in his career, he worked with national brands such as Bar Louie and Shula’s Steakhouse before venturing into Destination Hotels and Resorts for eleven years. He spent the past three years at The Woodmark Hotel in the greater Seattle area working with the flavors and cuisine of the Pacific Northwest before accepting the Executive Chef position with Sea Dog Brewing, Co.

About Bobby the Brewer
A local Florida native to Clearwater, Bobby Baker’s education begins in science with a Bachelor’s Degree in Aeronautical Science from Embry Riddle Aeronautical University in Daytona Beach. His brewer training with Sea Dog began in Bangor, Maine in 2012. There he learned the old-world English style brewing of beer. Sea Dog’s brewing system is a Peter-Austin system, which was the first generation of microbreweries, and was developed by Mr. Austin himself in England in 1978. Upon learning the trade of brewing, his inspiration to develop new recipes for Sea Dog was insatiable. Now, Baker has the freedom to develop recipes on a weekly basis- some that stay in the tasting room & and some that venture into Sea Dog’s on premise accounts throughout Florida. He oversees a 20-barrel brewing system at the Clearwater location, responsible for the distribution of beer all the way from Key West to Pensacola. Most of his brewing inspiration comes from local cuisine. Offering beers with such diverse flavor profiles, Baker enjoys knowing that his customers can always expect a complex -food driven beverage.

Be sure to call Sea Dog Brewing Co before arriving to make sure your desired brew is still in stock. The brewery hosts weekly events including trivia, all-day happy hours, and more: https://seadogtaproom.com/calendar/ 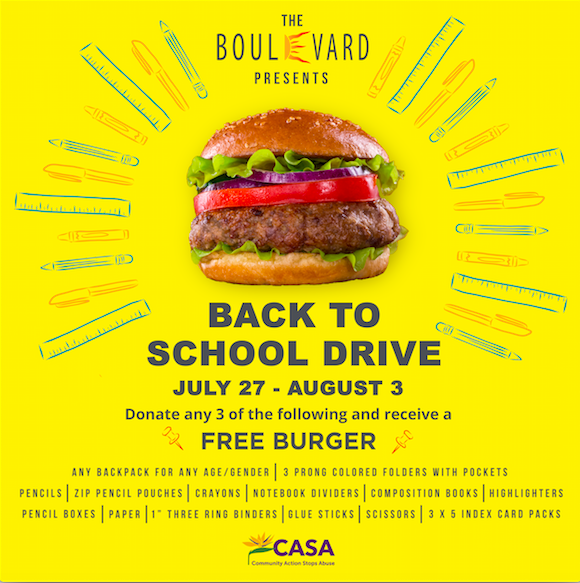