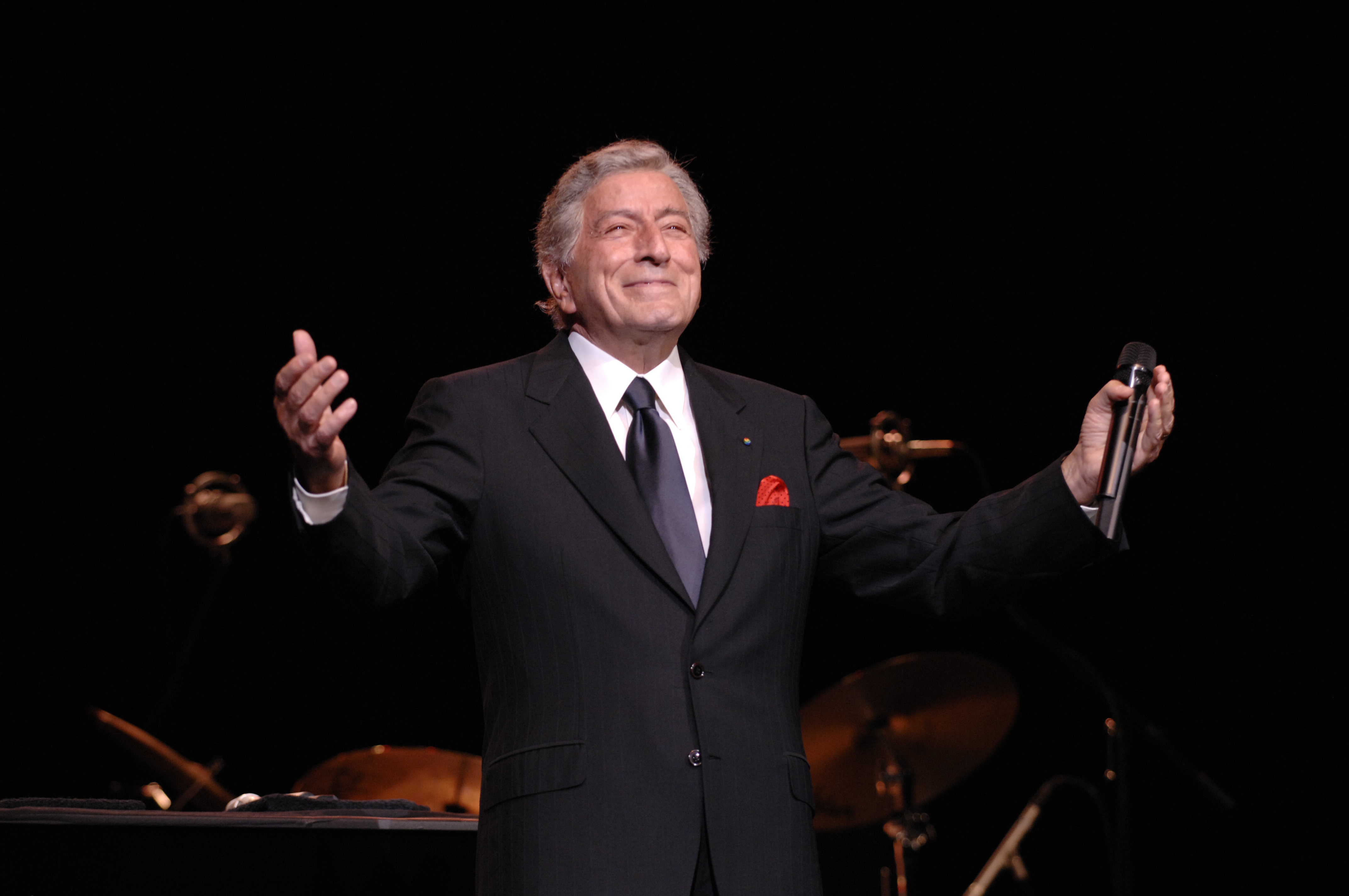 At the age of 93, Tony Bennett is not slowing down and his latest recording, with long-time friend and musical colleague, Diana Krall, LOVE IS HERE TO STAY topped the jazz charts upon its debut and was just nominated for a Grammy Award. The album celebrates the music of the Gershwins and includes the jazz standard, “Fascinating Rhythm,” which Bennett and Krall perform as a duet. The inclusion of the song on the new album was the impetus for a Guinness World Record title for Tony Bennett, who in 1949, under his stage name of Joe Bari at the time, made his very first recording of the Gershwin standard.

In 2017, the Library of Congress presented Bennett with The Gershwin Prize marking the first time that an interpretive singer has been honored. The event was broadcast on PBS Nationally and featured tribute performances by Stevie Wonder, Josh Groban, Michael Bublé, Gloria Estefan, and many others. His signature song, “I Left My Heart In San Francisco” was inducted this year in the National Recordings Registry. Bennett’s sixth book, TONY BENNETT: ON STAGE AND IN THE STUDIO, was recently published and provides an insightful look into Tony’s illustrious recording career highlighted by an extensive array of photographs, memorabilia, and artwork.

With worldwide record sales in the millions and dozens of platinum and gold albums to his credit, Tony Bennett is a musician who touches the hearts and souls of audiences with his legendary vocals and charming stage presence. His long list of achievements, spanning over 60 years, includes nineteen Grammy Awards, including the prestigious Grammy Lifetime Achievement Award, making this artist a true international treasure. His signature tunes, such as “Steppin’ Out With My Baby” and “I Left My Heart In San Francisco” form part of the fabric of American music culture. Often billed as the world’s most boyish octogenarian, Tony Bennett is a vital musical artist at the peak of his powers.

Tony Bennett’s daughter, Antonia Bennett has been touring with her father and will open the performance with a collection of jazz/pop standards. Antonia Bennett is a graduate of the prestigious Berklee College of Music.

Having celebrated his 90th birthday in August of 2016, the milestone was marked by the presentation of TONY BENNETT CELEBRATES 90: The Best is Yet To Come a two-hour primetime special that aired in December. A companion CD of the same name was released simultaneously and won a Grammy Award in 2017. That same year, Bennett became the first “interpretive singer” to receive the Gershwin Prize by the Library of Congress. Bennett’s 85th birthday in 2011 marked the release of “Duets II” and made music history by making Tony the oldest artist to ever have a #1 CD on the Billboard album charts. “Duets II,” followed up “Tony Bennett Duets: An American Classic” CD, released in 2006. 2012 marked the 50th anniversary of the singer’s signature song, “I Left My Heart in San Francisco.” as well as the release of a new documentary film, THE ZEN OF BENNETT, created and conceived by Tony’s son and manager Danny Bennett. In 2014, Tony Bennett released a collaborative album with Lady Gaga, CHEEK TO CHEEK featuring these two legendary artists performing jazz standards. The album debuted at #1 on the Billboard Album charts making Bennett the oldest musical artist, at the age of 88, to have an album top the Billboard 200 and won the Grammy Award in the Best Traditional Pop Album category. Tony Bennett is a Kennedy Center Honoree, an NEA Jazz Master and a recipient of the United Nation’s Humanitarian and Citizen of the World honors. Tony Bennett is also a talented painter. He has exhibited his work in galleries around the world, and three of his original paintings are part of the permanent collection in the Smithsonian Institute in Washington, DC.

Throughout his career, Tony Bennet has put his heart and time into supporting humanitarian concerns and joined with Dr. Martin Luther King in the historic Selma march in 1965. His many charitable works include raising millions towards diabetes and lending his artwork to raise funds for the American Cancer Society. In 2007, he was honored by the United Nations. Together with his wife,  Susan, Tony Bennett established the charitable organization, Exploring The Arts (ETA) to support arts education in public high schools. Tony founded Frank Sinatra School of the Arts, an NYC public high school in his hometown of Astoria, Queens and ETA now supports 38 public high schools throughout New York City and Los Angeles and celebrates its 20th Anniversary this year.

Founded as a 501(c)3 nonprofit in 2009, the Bill Edwards Foundation for the Arts is dedicated to the success and future of The Mahaffey Theater and to the notion that through diverse programing and patron membership support, performing arts should be enjoyed by all of St. Petersburg’s citizens. It’s your theater! Bill Edwards Foundation for the Arts is committed to supporting and presenting all genres of the performing arts at The Mahaffey Theater, funding arts education for school children through the Class Acts performance series and providing its member patrons with unequaled services, entertainment, and cultural experiences.