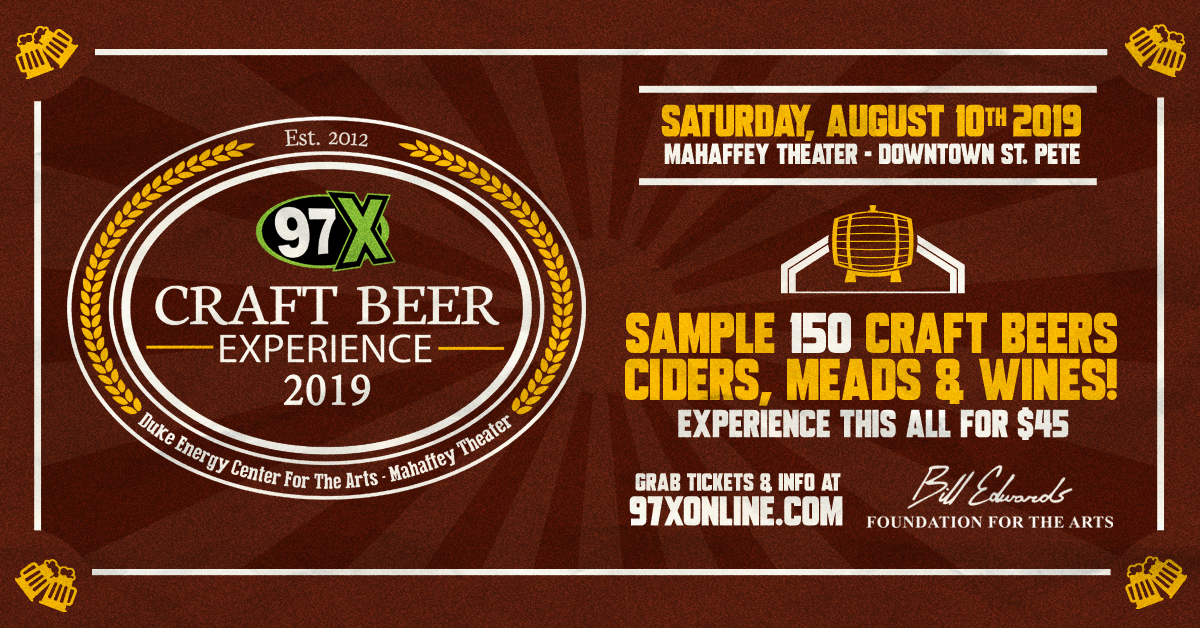 St. Petersburg, FLA (July 09, 2019) – The 8th Annual 97X Craft Beer Experience will feature over 150 samples of craft beers, ciders, meads, and wines. The experience will be hosted by the Duke Energy Center for the Arts – Mahaffey Theater on Saturday, August 10th from 4:00pm – 8:00pm. This year, each participating brewery will have an exclusive release making this event the biggest one yet.

Proceeds from the Craft Beer Experience benefit the Bill Edwards Foundation for the Arts.